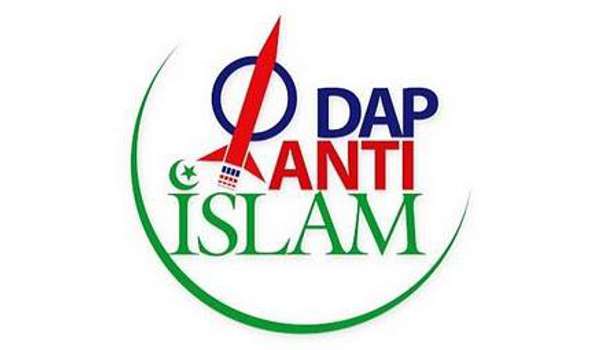 In politics, it is said that leadership begets the form. A flock of birds follow the leader. Â What unite its followers? There must be a pursuit of dream. There must be a struggle to achieve the dream. The DAP’s leaderships pursue a dangerous dream and thus a perilous struggle that may have disastrous result for the Malaysian Chinese communities.

In the past 100 years since the early 1900 and especially after the fall of the Qing’s dynasty, the overseas chinese who left mainland China to be immigrants in the South East Asia countries to look for wealth and peaceful living had nothing to dream of except to return back to the mainland China. Â But, their dream was shattered when the mainland China was in turmoil for nearly 50 years since 1911.

After the second world war ended in 1945, most East Asia countries gained independence. Â This has put the Han immigrants in great dilemma, so suddenly they have to make a very difficult choice in their life. They turned to their communities leaders for answers.

The period between 1946 until 31st August 1957 and thereafter the formation of Malaysia in September 1963, followed by racial riots in Singapore 1964 which resulted in the separation of Singapore in 1965 and at the backdrop of these incidents were the great uprising of the Malayan Communist Party the Malayan Emergency and lastly the 13th May tragedy in 1969 were great trials for the Han people to look for their dreams in South East Asia.

Looking back at history since post war period that is counted from 1946, especially after the Malayan Union was replace by the formation of the Federation of Malaya; the Han people were baffled and confused which direction that they shall take ? Which dream to pursue?

The post war era had made the natives of the land struggled for independence from their former white masters. Â In the Japanese period occupation, there was a short dream, an honorable struggle for the Han that was to fight for their lives and wealth against the occupying Japanese armies which had a grudge against the oversea Hans who had made great contribution to the resistance movement in mainland China against the Japanese occupation. In Malaya, this struggle were led by the Malayan Anti Japanese Army whose leaders were the Malayan Communist Party. The struggle was not for an independent Malaya but for the survival of the Hans.

In 1946, after KMT was defeated by the China Communist Party; there was an upstart roared for the Han people in Malaya. The struggle for survival that was started by the MPAJA was now became the struggle of the MCP. The MCP was seen as Han’s savior as at that time it was thought the communist shall be the next power that control the world. At the backdrop was the struggle by the native people for independence.

We use cookies on our website to give you the most relevant experience by remembering your preferences and repeat visits. By clicking “Accept All”, you consent to the use of ALL the cookies. However, you may visit "Cookie Settings" to provide a controlled consent.
Cookie SettingsAccept All
Manage consent

This website uses cookies to improve your experience while you navigate through the website. Out of these, the cookies that are categorized as necessary are stored on your browser as they are essential for the working of basic functionalities of the website. We also use third-party cookies that help us analyze and understand how you use this website. These cookies will be stored in your browser only with your consent. You also have the option to opt-out of these cookies. But opting out of some of these cookies may affect your browsing experience.
Necessary Always Enabled
Necessary cookies are absolutely essential for the website to function properly. These cookies ensure basic functionalities and security features of the website, anonymously.
SAVE & ACCEPT
Go to mobile version